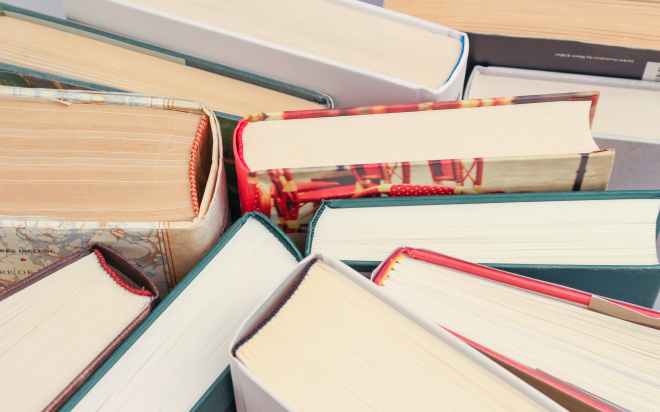 It’s only been a year since I got into this series, but The Last Magician is without a doubt the most underrated series I’ve ever read. It’s the perfect blend of fantasy and historical fiction, magic and wonder, and hits literally every single mark of what I look for in a series.

After discovering that this third book would not be the conclusion as I anticipated it being, and that it would now be stretched into a four book series, I wasn’t happy. I didn’t want to wait yet again for more of this story and just wanted to get to the ending. But I get it now. Though Maxwell covered so much in this third book, there are still so many things left to resolve, so much more to do, and I see why she needs more time. This isn’t a story that can be rushed or fixed with simple solutions; it needs to be thought out, it needs to be delicately crafted, and I’m confident that Maxwell is capable of doing just that. She has to be one of the most talented writers I’ve discovered in a while and I think if this was in other hands, this story would be an absolute disaster. But that speaks to Maxwell’s talent, which I’ve talked about before, so it makes me incredibly happy to still be thinking so on the third book.

This book picked up right where the last one left off, with Esta reeling from the fact that Harte left her alone and took the artifacts with him in 1904, and with Viola coming to terms with Jianyu fighting for his life in 1902. What I find interesting about this series and where we are in this book is how though we’re dealing with two very different timelines, it always feels like the same story. Because of Esta’s affinity, she is able to pull the strings of time and travel and go to any time in history she needs to, but whether the story takes place in 1902 or 1904 or 1952, the main characters are always battling against Jack Grew, the main antagonist, and trying to save magic. I think it’s really interesting to see how, in 1902, Jack is still grappling for power and control within the Order and that storyline of procuring the ring artifact involves so many different players, but then in the future years Esta is able to travel to, that image of Jack that they’re fighting has essentially done what he’d dreamt of in 1902. And while it looks and sounds dire, because Esta can time travel there’s never any lost hope just because Jack accomplished all those things and gained power through outlawing and attacking Maegus over the years. Though I’m firmly against time travel because no one ever seems to follow the rules, I really enjoy seeing it in this series because Esta never tries to work against her affinity or whatever ripples in the timeline she creates, but works with them. I like that she has a very strong understanding of time travel and history, which is a great reflection of Maxwell, and uses whatever year she ends up in to her advantage rather than just jumping back into time travel. A great example is how she and Harte travel to 1920 to procure an artifact and try to stop an attack on Maegus at the RNC to prevent a terrible future of Jack Grew as president. I like that Esta doesn’t just disregard the consequences of her time travel and regardless of what year she’s in, she’s always fighting to stop the Order and save magic. It makes it exciting and unpredictable, regardless of what plot timeline you’re following, because anything really can happen.

Another thing I loved about this book was how it’s very plot heavy and is full of action and different storylines that come together for that common goal, but it also doesn’t really ignore its characters. I love the storyline of Harte coming to terms with his relationship with his father, Esta’s relationship with Harte and her role in the war for magic, Cela and Abel’s relationship with their community and magic, and Viola’s relationship with unlearning the toxic hatred her family has instilled in her. Because there’s so much story going on it’s easy for characters to get lost, but I feel like Maxwell did a good job involving the characters and providing them with necessary development. And though I hate Jack and Nibsy equally, it’s really interesting to see their antagonistic side of the story, how they become the way they are and how they work against the characters and the story itself. I do feel like we underused Jianyu a little bit, since I feel like he’s just as important to the story as everyone else, but given how he was on his deathbed for a good chunk of the book it makes sense how his POV was lacking. Though the POVs weren’t wholly balanced, I still feel like we constantly got a well rounded look at what was happening in this story, regardless of where we were in the timeline, and it was constantly interesting, constantly relevant, and never predictable.

I think the reason I docked a half star is because there were some elements of the story that felt a bit unresolved, like what happened with Ruby’s character but one can only assume that she’ll be back for the grand finale, and part of me is still slightly confused about the involvement of Seshat and Thoth. I definitely understand them a lot more now, and I think it was explained really well near the end of this book, but I wish that the recap of how they happened to be in the story and both Harte and Jack was done a bit better. The overall recaps were well done and triggered my memory when necessary, but there’s always room for improvement, you know?

This was a hefty book, one of the biggest I’ve read in a while, but it was so solidly good. I truly admire Maxwell for being able to balance the magic of fantasy and the heaviness of historical fiction, and you can feel how well researched everything is and how astutely she goes about tackling what could be difficult times in history. Just like Esta, Maxwell works very well with different times in history rather than against it or glossing over things that can be seen as ugly because, as said in her Author’s Note, history is ugly and historians don’t have the luxury of glossing over such things. The theme of prejudice and superiority is a constant in the story, whether it’s with the Maegus and the Sundren or the Black and Asian communities in history respectively, and I love how Maxwell uses them in the story as driving points for various characters rather than relying on them to tell her story for her. As I said, this is a very well done series, written and crafted so solidly and constantly improves over the series, and I truly cannot wait to see how it all ends now that I know where and how it plans on doing so.

Seriously, if you haven’t picked up this book yet you really need to. The most underrated series I’ve ever read and will be one of my favourites for years to come. But if I have to wait over a year and deal with more pushback I might have to riot. God, what a magical yet stressful series; I love it.

Esta isn’t a stranger to high-stakes heists. She’s a seasoned thief who has no reservations about using her affinity for time to give her an edge, and she’s trained her whole life for one mission: travel back to 1902 New York, steal the ancient Book of Mysteries, and use its power to destroy the Brink and free the Mageus from the Order’s control.

But the Book held a danger that no one anticipated—Seshat, an angry goddess was trapped within its pages. Now that terrible power lives within Harte, and if given the chance, Seshat will use Esta to destroy the world and take her revenge.

Only Esta and Harte stand in her way.

Yet in their search to recover the elemental stones needed to bind Seshat’s power, Esta and Harte have found themselves stranded in time with a continent between them. As Esta fights to get back to Harte, the Order is no longer the only obstacle standing in her way.

Saving Harte—and magic itself—will put even Esta’s skills to the test. And all the while, another danger grows, one more terrible than both Seshat and the Order combined…