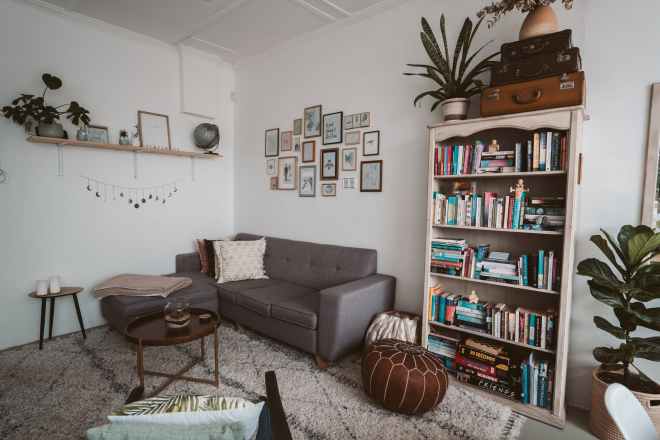 I’ve been watching a lot of TV in this past year, thanks to the never ending pandemic, and it’s allowed me to catch up on shows I’ve either missed out on or have been waiting for them to finish.

One of those shows is Younger, starring Sutton Foster and Hilary Duff. If you haven’t seen the show, it’s more or less about a 40-something year old divorced woman who wants to get a job in publishing, an industry she’s been out of for 15 years, but can’t get a job due to her age so she decide to lie. She pretends to be a 26 year old in order to get an assistant job at a prestigious publishing house and somehow gets away with the lie for many, many seasons.

Now, we can dissect how absurd it is that someone with 15 years of experience is being passed over for jobs in favour of a green 26 year old with little to no experience, because we all know that real life is just the opposite. I can rant and rage at how ridiculous the narrative is for wanting me, an actual unemployed 26 year old, to feel sympathetic towards someone with 15 years on me for not being able to get a job when if this were reality, they’d be taking that job from me. And we can laugh at how dumb it is for an entire company to think that a 40 year old can still pass as a 26 year old with highlights, clever makeup tricks, and a new wardrobe. But that’s not the bone I have to pick.

In my opinion, the biggest mistake that Younger made is not taking the opportunity of a platform that focuses on Millennial culture and its relationship with publishing and not exploring and validating the concept of New Adult publishing.

One of the central storylines in the series, beyond Foster’s character Liza Miller lying about being 26 years old, is the publishing company created for the show, Empirical, creating an imprint that is not only directed at and for Millennials but chooses Millennial authors to write for their own demographic. Now, that sounds fun and all, but if you step back from the whole generational label and the passive aggressive criticism that is found throughout the show for the Millennial generation, you’ll notice that the age range for this made up imprint is 18-30. Oh, and what’s the age range for the New Adult genre that publishing refuses to acknowledge? Would you look at that, it’s the exact same! Yet it seems that the concept of “Millennial” had more appeal than “New Adult”, I suppose.

Instead of taking the time to not only recognize the concept of New Adult publishing but create a valid platform for it, the people over at Younger would rather continue to make Millennials the butt of the joke. Rather than embracing her (supposed) 26 year old assistant in her new role and showing her the ropes of the business, the 40 year old marketing executive, Diana Trout, would rather make degrading comments on Liza’s generational habits, like being glued to her phone. The publisher, Charles Brooks, provided a 26 year old editor, Duff’s Kelsey Peters, with her own imprint that makes her the youngest to ever do so and yet he never really seems to take the Millennial (yes, that’s really it’s name) imprint or its content seriously. So why give such a platforms to Millennial content if they’re just going to continue the criticism and passive aggressive jokes?

Younger‘s executives and writers really could’ve bust the door open on New Adult publishing, using the strong character of Kelsey to use her voice to put a spotlight on a genre that needs to be recognized by publishing but is ignored, much like how her imprint is seemingly ignored and laughed at by older generations in the show. This could’ve been the chance for others watching the show to understand that New Adult isn’t just smutty romance stories but a space for people who are just coming into their adulthood and want to read content meant for them, content that features characters around their age going through the things they are in a multitude of genres, and not content that is targeted to audiences older or younger than them. Granted, not once does Younger bring up Young Adult content or are seen to pitch books for a Young Adult crowd, so it doesn’t surprise me that there were no steps to validate New Adult, either.

We know that the world of publishing in Younger and likeminded shows are more of a fantasy than a reality. We know that you can’t just snap your fingers and give an editor her own imprint or have an editor rewrite an entire book because the author is lazy or stupid. But we also know that there can and should be some truth to the fantasy, that we should be hearing what they’re saying to us and maybe even learning things we’d never known or been open to. The show can explore the concept of gender and sexual identity and educate its viewers (which of course is great) but it can’t affirm a genre that really needs it? If a show that is supposed to embrace the concept of Millennial culture and empower people of that generation can’t even help recognize a legitimate genre that our demographic needs, then what hope is there?

For too long, the world of publishing has looked down on New Adult as a genre, thinking of it as a mere marketing ploy instead of seeing the endless possibilities there are for the targeted demographic, not seeing how much potential is actually there, and if we’re not careful it might die out altogether. I mean, look how long it took to validate the concept of Young Adult as a genre and there are still so many people out there that don’t understand what that means. Unless publishing really wants to avoid becoming a dying art, it needs to learn to not only change with the times but take a deep dive into understanding its audiences and demographics.

Younger really could’ve helped with this battle. The bones were there, the arguments were sound and valid; it was just waiting to be recognized. But I guess mocking your targeted audience is easier than actually helping them.